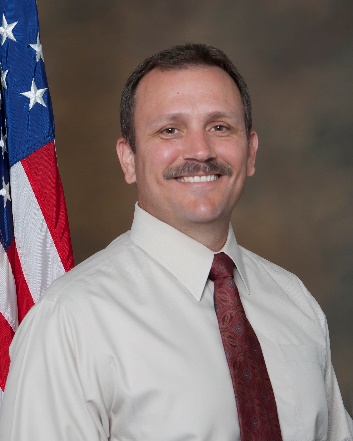 In 2009, Ron was instrumental in the creation, development, and design of a new state of the art Public Safety Operations Center (PSOC). The PSOC went live in May 2013, serving a population of more than 500,000 people in the largest geographical county in the nation.

Ron has been an active member with the International Footprint Association (IFA), National Emergency Number Association (NENA), and the Association of Public-Safety Communications Official’s (APCO).  In 2013, Ron was selected as the California APCO Chapter (CPRA) Manager of the Year.  Ron earned his NENA Emergency Number Professional Certification (ENP) in May 2016.

In 2008, Ron was elected to the San Bernardino Public Employee’s Association Board of Directors, where he held the positions of treasurer and Vice President. In 2014 he was elected President and spearheaded the affiliation with the International Brotherhood of Teamsters.  Teamsters Local 1932 proudly represents over 14,000 County, City and agency members.

Ron served Active Duty Air Force from 1984-1988 as a Law Enforcement Specialist.  He enlisted in the Air Force Reserves in 1989 as a Medical Specialist. Continuing as a reservist, he changed his career field in 2001, to become a C-141C and C-017A Loadmaster until his retirement in November 2015. During his time in the military, he served in Operation(s) Desert Shield / Desert Storm, Enduring Freedom, Iraqi Freedom, and New Dawn.

He proudly served 21 years with the San Bernardino County Sheriff’s Department, and is looking forward to his new future with the Oxnard Police Department.  If you see Ron in the hallways, please introduce yourself and welcome him to our department.