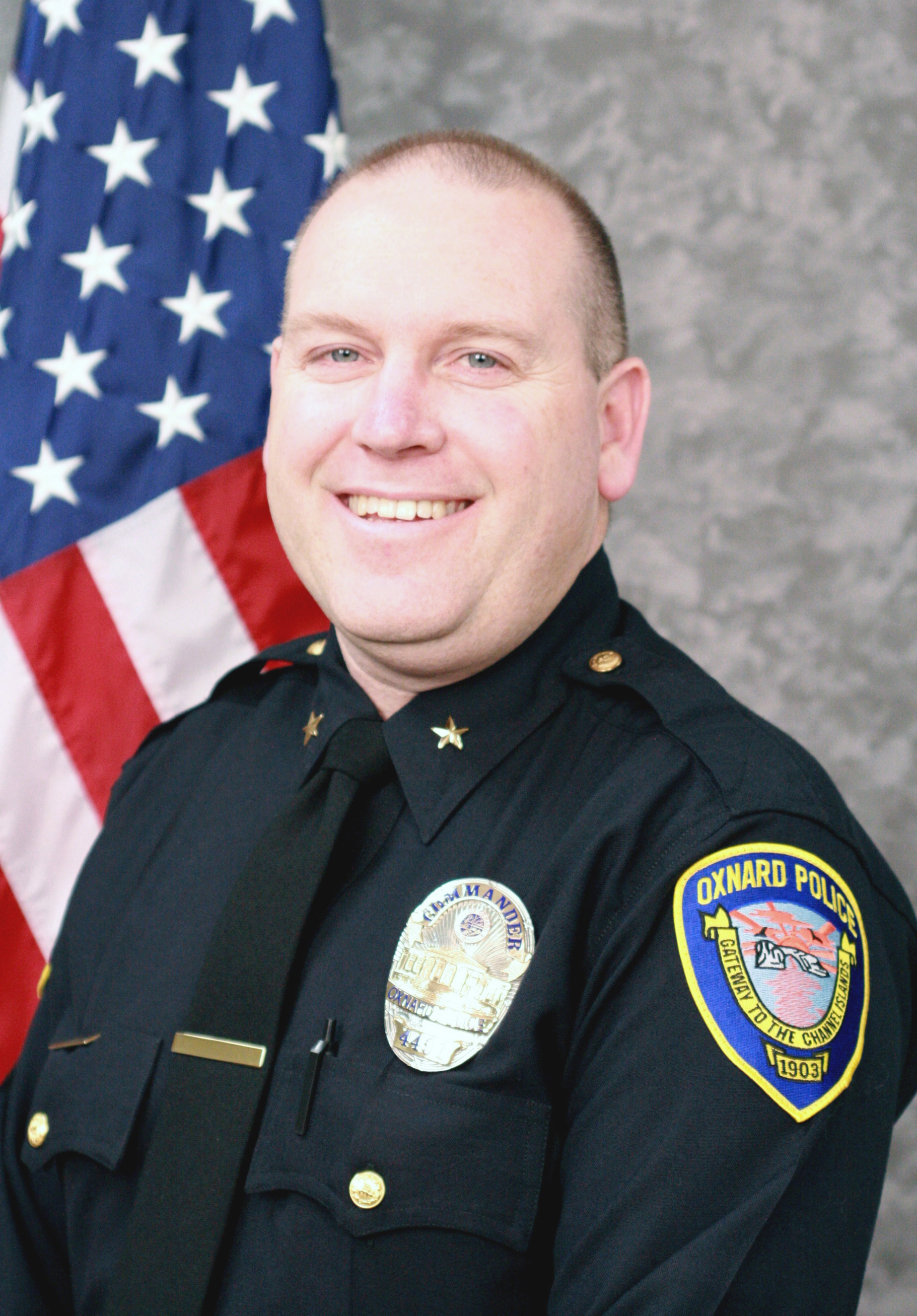 Mike Adair began his career with the Oxnard Police Department in 1992. He came to the Department as a lateral hire after spending four years with the Port Hueneme Police Department as a Police Officer and Reserve Police Officer. Mike is a life long resident of Ventura County, growing up and attending school in Santa Paula. He holds a Bachelor’s Degree in Business Administration from the University of Redlands and a Master’s Degree from California Lutheran University in Computer Science.

His experience at the Oxnard Police Department includes work in all three bureaus including the Field Services Bureau, Professional Standards Bureau and Investigative Bureau. While in Field Services, he worked as a Patrol Officer, Field Training Officer, and Beat Coordinator. In 2002, he was promoted to Sergeant and worked as a Patrol Supervisor while holding this position. He was assigned to Professional Standards in 2005 and returned to patrol in 2006 after his promotion to Commander. During his assignment to the Investigative Bureau, he was a Senior Officer in the Narcotics Unit until transferring to the Property Crimes Unit where he investigated robberies, stolen vehicles, and computer crimes. In 2010, he became the commander of the Investigative Bureau. While under his supervision, the bureau handled an average of 6,500 investigations each year. Mike oversaw the creation of the Family Protection Unit and the addition of a Cold Case Homicide Unit to the Major Crimes Unit. In 2014, Mike returned to the Field Services Bureau as one of four patrol watch commanders. As commander, he is also responsible for Policing District 1 which covers the northern section of Oxnard. District 1 has two police storefronts including the newest at The Collections shopping center.

Throughout his career he has been active with several technology related projects. He has served on the implementation teams for two separate records management system installations. The latest project was the installation of our current New World Systems solution which handles computer aided dispatch, patrol office mobile computing, and records management. Mike has continued to seek new ways to use technology to work more closely with the community. The CopLogic online crime reporting application and CrimeMapping.com which maps historical crime information are two recent examples of the Department’s efforts.