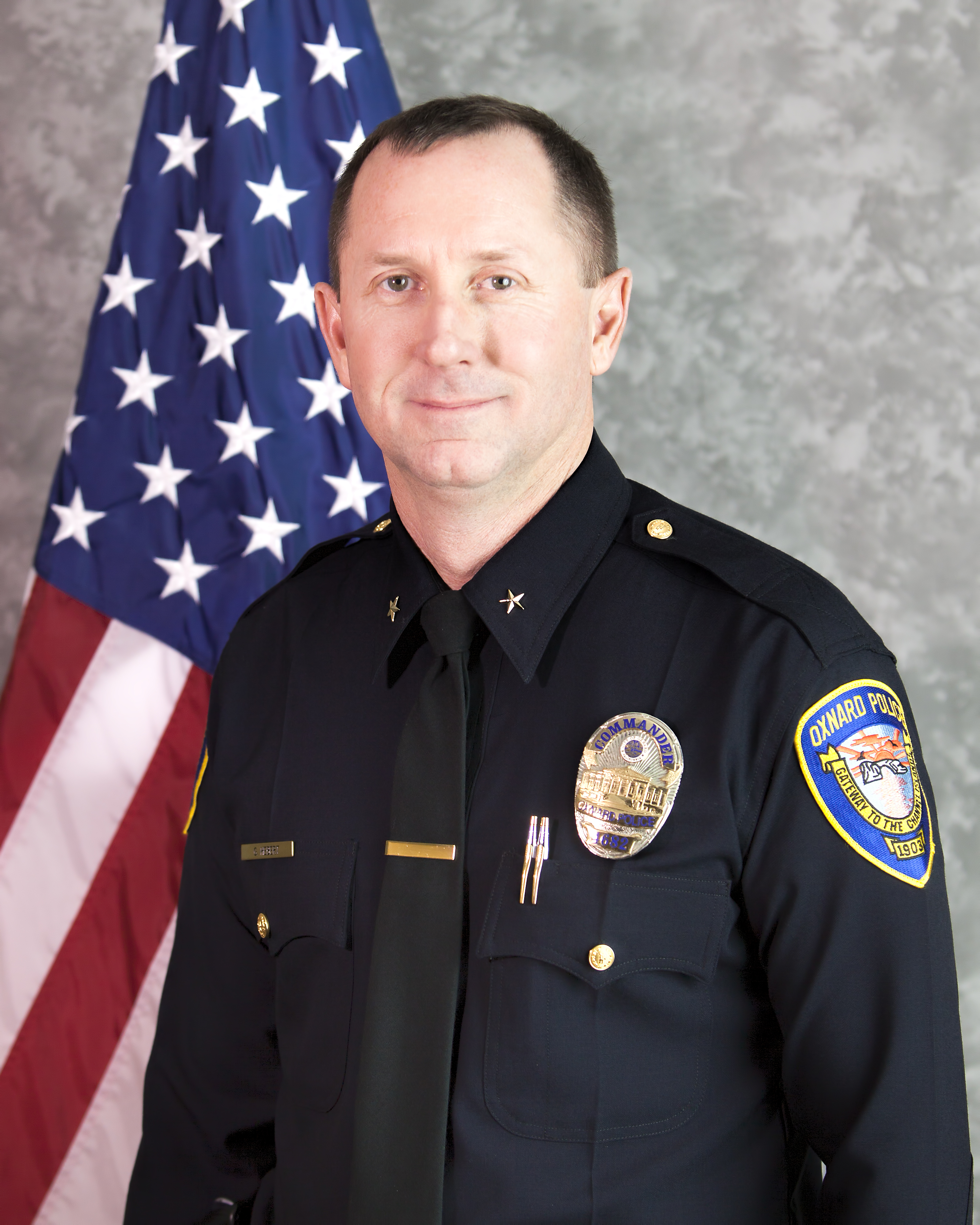 Commander Greg Hebert began his career with the Oxnard Police Department in 1993, after receiving his Bachelor of Science Degree in Criminal Justice from California State University, Sacramento. During his time in the Field Services Bureau, he served as a Field Training Officer, Bicycle Team Member, Mounted Unit Member, Motorcycle Officer, and as a Beat Coordinator. While in the Investigations Services Bureau, he worked as a Detective in the Burglary, Robbery, and Narcotics Units. He later returned to the Investigative Services Bureau as the Narcotics Unit Sergeant. He has also been assigned to the Administrative Services Bureau as an Internal Affairs Sergeant and has served as the Department’s Chaplain Coordinator.

Commander Hebert received an award from Mothers Against Drunk Driving in 1996 for leading the Department in DUI arrests. He was nominated for the “Officer of the Year” award in 2006. Commander Hebert served as an Oxnard Peace Officers’ Association Board Member for 10 years, serving in the positions of President and Treasurer.

As the Commander assigned to the Professional Standards Division, he oversees the Internal Affairs Unit, the Audit and Inspections Unit, and the Training and Hiring Unit. He is also responsible for the Department’s Trauma Support Team.