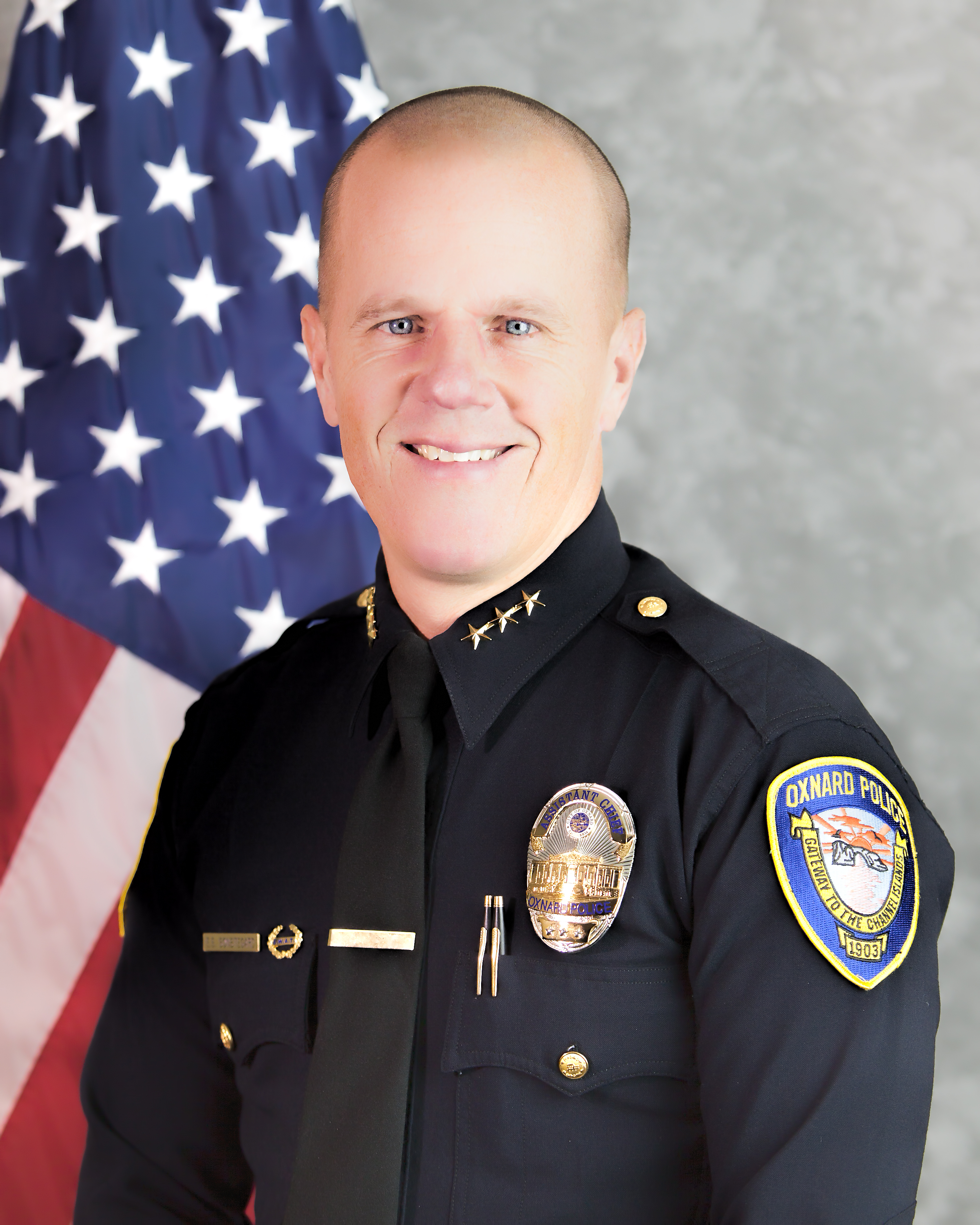 Eric S. Sonstegard has been with the Oxnard Police Department since 1996 after spending almost three years with the Los Angeles School District Police Department. During his time in Los Angeles, he worked as a school police officer at Roosevelt High School and Hollenbeck Junior High School in the Boyle Heights neighborhood of East Los Angeles. Since coming to Oxnard, he served as a patrol officer, reserve field training officer, bike team member, and beat coordinator. From 1998 to 2001, Eric worked as a K-9 Handler with his PSD “Argos.” As a team, the two of them won over twenty (20) awards at regional K-9 competitions.

In 2003, he was promoted to the rank of Sergeant and served as the supervisor of the Oxnard Violent Crimes Task Force (OVCTF), a multi-jurisdictional F.B.I. Safe Streets Task Force that combatted gang violence with the assistance of federal resources. In January of 2006, Eric transferred to the Professional Standards Division where he served as the Department’s Training Sergeant. In November of 2006, he was promoted to the rank of Commander where he managed the Professional Standards Division. In May of 2011, he transferred to the Special Operations Division where he led the Special Enforcement Unit/S.W.A.T. Team, K-9 Unit, Firearms Unit, Defensive Tactics Unit, and Hostage Negotiations Team. In June of 2014, he assumed the role of Investigations Commander where he led six (6) Detective Units, the Crime Analysis Unit, and the C.S.I. Detail. Eric played an instrumental role in the development of the Department’s Cultural Proficiency Program and has served as the lead instructor on the topic to over three-hundred (300) employees. Because of these efforts, he was awarded the Chief’s Award of Excellence in 2013.

In December of 2014, Eric assumed the role of Interim Assistant Police Chief as the city and police department went through a leadership transition. In November of 2015, he was promoted to the rank of Assistant Police Chief. Eric currently oversees the Investigative Services and Administrative Services Bureaus.
He holds a B.S. degree in Administration of Justice from California Lutheran University and a Master’s degree in Public Administration from California State University, Northridge. He is a graduate of the Sherman Block Supervisory Leadership Institute Class 211, P.O.S.T. Management Course, and P.O.S.T. Executive Development Course. In the summer of 2011, he attended the 246th session of the F.B.I. National Academy in Quantico, Virginia and has served as a youth counselor at the F.B.I.N.A.A Youth Leadership Program at Quantico. He was born and raised in Ventura County and has three children with his wife, Carrie, who is a kindergarten teacher. He is a board member of the Oxnard/Port Hueneme Salvation Army Corps, a member of the Oxnard Sunrise Rotary Club, and is a longtime supporter of the Oxnard P.A.L. program and the Mixteco/Indigena Community Organizing Project (MICOP). He is currently serving as the 4th Vice-President of the F.B.I. National Academy Associates (FBINAA) California Chapter.