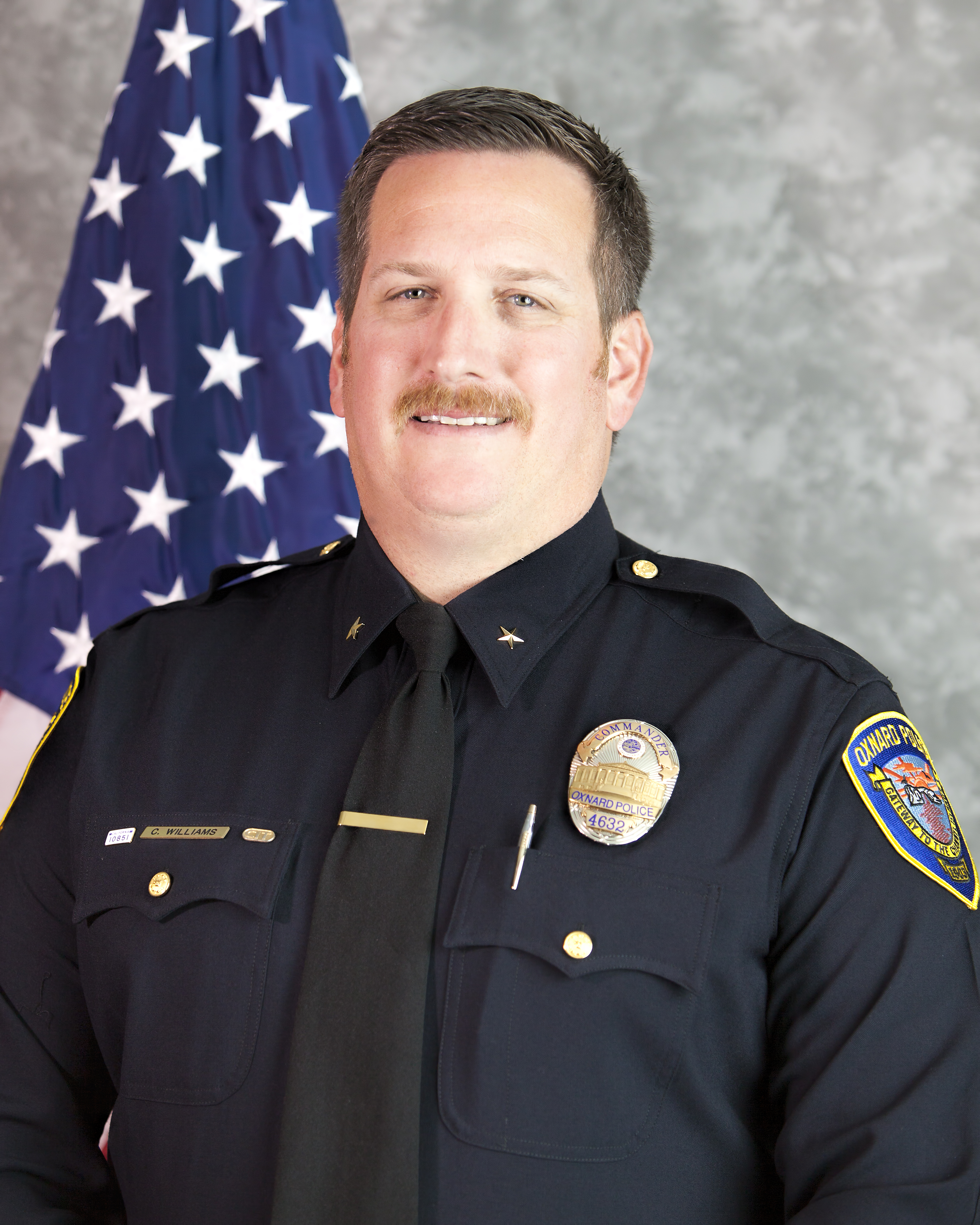 During his career, Christopher has worked numerous assignments which include School Resource Officer (SRO), Special Enforcement Team (SET), Graffiti Investigator, Gang Investigator, Patrol Sergeant, Sergeant of the Violent Crimes Unit and Homicide Sergeant. He received the community service award from El Concilio Del Condado de Ventura in 2015; he was selected Supervisor of the Year in 2011 and Employee of the quarter and nominee for Police Officer of the Year for 2008. He graduated from the Sherman Block Supervisor Leadership Institute (SLI) in 2015.
Christopher lives in Oxnard with his family and continues to be very active with his community. He is a member of the Latino Peace Officers’ Association, Knights of Columbus, LULAC, and Ocotlan Sister Cities Committee. He volunteers his time feeding the homeless and staying active in his neighborhood. He is excited to continue his work with the community especially the youth of Oxnard.