To provide the residents of the city of Oxnard a team of fast responding, qualified Public Safety Divers who can safely conduct underwater rescue, recovery, and security operations.

Charles Hookstra was hired as a police officer in 1977.  Officer Hookstra was an avid scuba diver and had been diving since the 1960s.  Since there was no law enforcement Dive Team, Officer Hookstra was frequently called on an impromptu basis to assist in investigations where evidence may have been discarded in the harbor, oceanfront or inland waterways.

One such example was in 1986, where a stolen vehicle had been discarded in the harbor.  The Ventura County Sheriff Dive Team, a volunteer search and rescue dive team, was called and responded.  They had found the vehicle but had not gone inside it to retrieve any evidence.  Officer Hookstra later responded to dive into the vehicle and retrieve the evidence of the crime.

In April 1987, Senior Officer Hookstra was a Beat Coordinator at the time that a horrific murder occurred in the neighborhood of Lemonwood. Officers were dispatched to the scene of a homicide and theft that occurred within a couple’s home.

The case was assigned to Homicide Detective Billy Tatum who had an informant with information on the suspect.  The suspect was Tracy Kane, the next door neighbor, who attacked the couple during a cocaine induced rage.  Kane was arrested and the case was filed with the District Attorney’s Office.  In order to proceed to arraignment the District Attorney requested corroborating information to be obtained on the informant.  The informant revealed that the VCR stolen from the victim’s house was discarded in a drainage canal at the dead end of Perkins Rd.

Sgts. Gene Thayer and Bob Elder requested that Senior Officer Hookstra and Officer Ed Castruita search the waterway and recover the VCR. For two days, the officers looked for the VCR to no avail.  On the last day, and while exiting the canal, Hookstra stepped on an object.  He reached down and pulled up the VCR.

In the beginning, training and equipment was rudimentary.  Everyone was expected to provide their own SCUBA equipment and the Police Department would pay for maintenance.  There were no formal classes and the monthly training was designed around recreational diving skills.  The focus, at the time, was training in zero visibility and building the diver’s confidence.  The Police Olympics in 1989 helped spark some additional ideas for the dive team to include more exercises involving equipment and underwater navigation.

The first formal training was in San Diego by Dive Rescue International. It was a three day class which was attended by all twelve divers.  From this class more organization and standards followed.  Throughout the early years rescue and recovery equipment was home crafted by divers. Later Asst. Chief Cady authorized the spending of asset forfeiture funds to purchase Kirby-Morgan surface supplied air apparatus and one Viking Drysuit.

Since 2000, training and equipment have also grown.  Oxnard Fire Department’s Rescue 6 is a dedicated truck for Water Rescue. On board are two sets of dive gear with two Interspiro AGA full face masks.  These are outfitted with hard-line underwater communication to a topside monitor. There is a Personal Water Craft, a wave runner, towed behind Rescue 6 and deployed as a resource for water operations.

The dive team has been utilized by numerous municipal, state and federal agencies.  Requests for assistance have involved anywhere from an advisory team to a full unit deployment to assist in evidence location and recovery.  The Dive team has assisted the US Coast Guard, Oxnard Harbor Patrol, Drug Enforcement Agency, California Fish and Game, Ventura County Underwater Search and Rescue, the Ventura County Fire Department, and US Customs to name a few.
In 2006, the Team was trained by Lifeguard Systems to the level of Public Safety Diver I.  This standardized the practices of the team and the equipment.  The team is now comprised of fourteen members, led by Oxnard Police Commander Tom Chronister and Sergeant Ron Whitney.  Half of the team is staffed by Firefighters, Engineers and a Fire Captain from the Oxnard Fire Department.

2008 marked a truly banner time for the modernization of the Oxnard Police and Fire Dive Team.  Using Homeland Security grant money, equipment was purchased to outfit each diver with a vulcanized rubber Viking dry suit, an Ocean Technology Systems Guardian full-face mask with underwater wireless communication, as well as all the SCUBA related equipment.  The days of using personal recreational SCUBA gear had passed.  The unit had become as equipped as any modern day full time Public Safety Dive Team.Last Spring a traffic accident occurred at San Nicholas Drive and Ocean Drive in the Silver Strand area.  The Oxnard Fire Department was the first to respond and quickly assessed that a vehicle had driven off the road and into the Harbor.  Battalion Chief O’Malia called out the Dive Team to search the area.  The area was searched by Divers until the vehicle was located by the Oxnard Harbor Patrol.
In August 2008, the Dive Team was asked to assist the Ventura County Search and Rescue team at Lake Piru. A man had disappeared off a boat and a multi-agency response was conducted to search for the missing boater.  The Dive Team responded with resources for two days to conduct searches in the Lake.

The team purchased a J.W. Fisher Pulse 8X Metal Detector.  This highly sensitive pulse induction metal detector is an asset to searching the sea floor for metallic evidence.  It can be used underwater to detect metallic items buried in the seafloor or as an aid in zero visibility.
Members of the team attended a specialized course provided by the Federal Bureau of Investigations.   This week long class provided the instruction and tools needed to identify explosive devices and investigate underwater post-blast incidents.  Obtaining this training will help support the needs of the Port of Hueneme.  Local training also was provided to the Divers in the operation of the Police Department’s Utility Vehicle (2006 Polaris Ranger.)  This asset will help Divers move equipment and personnel safely across the beaches.
Late last year, the City took delivery of a new Boston Whaler “Justice 24” patrol boat as part of the Seabridge developer agreement. This vessel will provide the team support and patrol capabilities in Oxnard’s waterways. Dive Team members attended a week long boating course conducted by US Coast Guard, Channel Islands.

Today’s dive team does not look or operate like the unit it once was.  A strong focus on being properly equipped and trained has exponentially increased the diver’s safety as well as to reduce risk.

In 2009, a Dive Team trailer was purchased to haul all dive related gear to training and call-outs.  This trailer reduced equipment damage and losses as well as provided a sheltered area to organize and direct dive operations.

In 2010, the Dive Team purchased a JW Fisher Side-Scan Sonar device.  This device uses a sonar pulse and interpretive software to map the sea floor allowing large areas to be searched with surprising detail.

During 2012, the Dive Team received new police and fire department team members. Recent emphasis has been in providing them training and certifications.  Ongoing training in a variety of environments will continue to occur to ensure that Divers are competent in tasks related to their personal safety as well as tasks related to accomplishing the Dive Team’s mission. 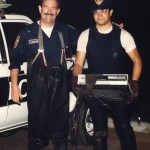 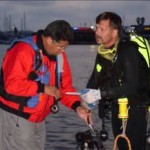 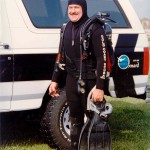 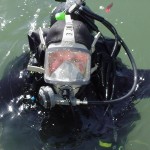 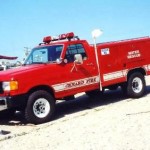 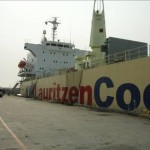 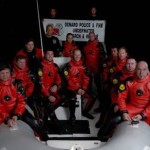 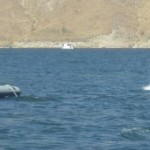 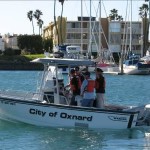